Boston Globe: This founder is on a mission to use personalized therapeutics to save lives — including his brother’s

Rich Horgan created Cure Rare Disease (CRD) as a way to save his brother. Now, there are other lives at stake.

CRD, a Boston-based biotech nonprofit, began in 2018 while Rich was a Blavatnik Fellow in Life Science Entrepreneurship at Harvard Business School. Its mission is to develop precision medicine for patients with rare diseases, starting with Rich’s brother, Terry. 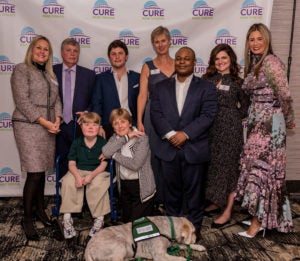 Terry has been battling Duchenne muscular dystrophy (DMD), a rare and fatal inherited muscular disease, for nearly two decades. His condition was caused by an ultra-rare gene mutation so he has never been eligible for clinical trials — until now.

CRD has assembled a cross-functional team of more than 15 world-renowned geneticists and clinicians who are using CRISPR gene-editing to design what will hopefully be a life-saving customized genetic therapeutic for Terry and others with DMD. The team is applying what they learn to create personalized treatments for a cohort of 10 other patients who, like Terry, had little or no hope until now.

In 2019, CRD showed in-vitro proof of concept for this custom CRISPR therapy: essentially, they showed they could correct Terry’s DNA in a petri dish. Now they are working on mouse testing and dosing in partnership with Charles River Labs and navigating the FDA-approval process. Rich thinks they could have the first FDA-approved, human clinical administration by the end of this year or early 2021.

But time is not on their side. Most people with DMD don’t live past their early 20s. Terry is 25. In December 2019, he took a bad fall and fractured both his femurs. The accident reminded Rich how fragile Terry’s situation is. But still, he is hopeful.